What is a VPN? 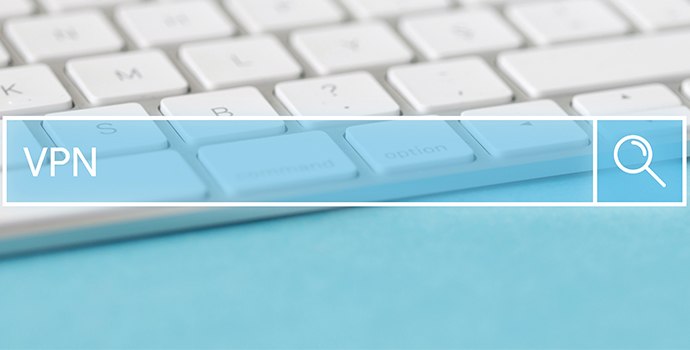 The initial goal of virtual private networks, or VPNs, was to allow employees of large corporations to work remotely but avoiding data leaks. Microsoft was a pioneer to exploit VPNs to get the desired security. Lately, ordinary Internet users face the challenge to protect their privacy and safety when they are online too. So, more people start using VPNs. A VPN is a technology which allows establishing a safe connection over public networks encrypting your traffic and routing it through a server. A secure VPN guarantees security and anonymity to its users.

How Does a VPN work

A regular Internet connection is provided by servers which exchange data, including your data. If you use an unprotected connection, all of the information can be easily tracked and read by ISP, public WiFi provider or anyone who is curious and skilled enough to get access to it. There is no way to stay anonymous. “So what?” you may ask. Well, there is nothing to worry about if you browse the Internet to read the news or check the weather forecast. But if you shop online, make money transfers or do anything involving your sensitive data things change. Anyone can steal that information. Not with a VPN. If you are using a virtual private network and someone wants to see what you are doing, all they will see is an encrypted flow of information which is impossible to encode. See the difference? The thing is that when you start the VPN software on your device, it immediately encodes your data. Then the traffic travels through the VPN’s tunnel to a remote server located anywhere you choose. Finally, the server sends the data to the website you are willing to access and routes it back to you through the tunnel. The target website cannot track your computer or location because all it sees is encoded traffic coming from a server. Even your ISP can’t see your data. Needless to say that the whole process takes less than a second.

Probably, you’ve heard that VPN uses different protocols to secure personal data. You might have even read that some of them are better than others, that VPNs use specific protocols by default and you may change settings. It might seem too complicated. But you don’t need to know much about them. Here is a brief description of the main protocols which should be more than enough to get the basic idea. OpenVPN. This protocol is considered to be the best. That is why the majority of VPNs choose it as a default one. It is secure, configurable and can work on different platforms. It is interesting to note that the protocol is an open source project which is being upgraded by lots of developers, so it is a progressive one. IKEv2 (Internet Key Exchange, Version 2). That is Microsoft’s product developed in partnership with Cisco. This protocol is one of the best ones in terms of security, especially if used with AES cipher. However, not all VPNs use IKEv2 since it might be hard to implement it on VPN servers. SSTP (Secure Socket Tunneling Protocol). Another Microsoft product which appeared together with Windows Vista. But it is also compatible with other platforms, including Linux and Android. The protocol establishes the connection with SSL/TLS encryption but can also be configured with AES cipher. PPTP (Point-To-Point Tunneling Protocol). That is one more product of Microsoft, and it works on old machines. Usually, people utilize it to stream geo-restricted content. Probably, this is the only way PPTP should be used since it is kind of outdated to meet modern safety challenges. L2TP/IPsec (Layer 2 Tunneling Protocol). It is a PPTP protocol extension. The basic idea is to set a secure connection on both ends of the data tunnel. The protocol uses double encapsulation which makes it more secure (especially with AES encryption), but this also makes it slower. Note that your device might not allow you to use some of these protocols. Make sure you are aware of the nuances when choosing a VPN. Primarily, if it will be mainy used to secure your connection via the mobile device. Also, there are more protocols to protect your Internet connection. However, not all VPNs work with them. For example, SoftEther and Wireguard are new. Probably, they will become commonly used one day.

Touch VPN review – one of the best VPNs

Touch VPN contains only a single button. In conclusion, VPN will give you more online freedom, privacy and security. An excellent VPN can unblock your favourite TV show and safeguard your activity for less money. Touch VPN is the optimal solution for you! Before you do though, take a look at our Touch VPN review to obtain the low-down on everything it offers. While it does resemble a great VPN in the very first glance, the reality is that it fails miserably in customer care. When it’s speed you’re after, Touch VPN is not going to get the job done for you. VPN in Touch provides great support as a result of their user friendly support page on their website. While it appears doubtful, you may be in a position to utilize Touch VPN in China. Again, Touch VPN is at no charge and they don’t have any kind of donation options like some completely free VPNs do but there’s a choice to upgrade through the app stores. It’s possible to still use a VPN in countries such as China, Russia and others if you understand how to bypass VPN blocks with the assistance of obfuscation. A whole lot of individuals turn to VPNs to make themselves effectively untraceable, but this isn’t always likely to be true. VPN In Touch has quite an easy and user-friendly client. VPN In Touch is an adequate service if you’re looking for a fundamental VPN with strong security measures. VPN In Touch has quite a basic and easy site.

How to choose a good VPN?

Lucky you if you already have some experience using VPN. You already know their strengths, peculiarities and can make a better decision next time. But if you have never tried any of the providers yet plan to do so, here is the list of criteria for choosing a good VPN: